This church was built around 1500 AD as a Latin Church on the site of a small church which was destroyed in 59 AD by an earthquake. About 100 years after its construction, and following the Turkish invasion of 1570, it became the Byzantine Cathedral of Kato (Lower) Paphos.

St. Paul and St. Barnabas visited Cyprus in 45 AD (Acts 13 verses 5-12) and converted the Roman proconsul Sergius Paulus. He became the first Christian ruler and Cyprus the first Christian country. Tradition has it that St. Paul was scourged in Paphos at the pillar near this church, thus this church is often known as “The Church by St. Paul’s Pillar”.

This stunning building is steeped in history and will provide a setting for stunning photographs, including the ancient ruins in the grounds.

This is the larger of the churches and can accommodate around 100 persons. 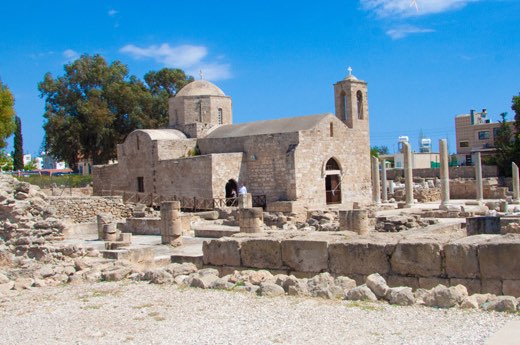 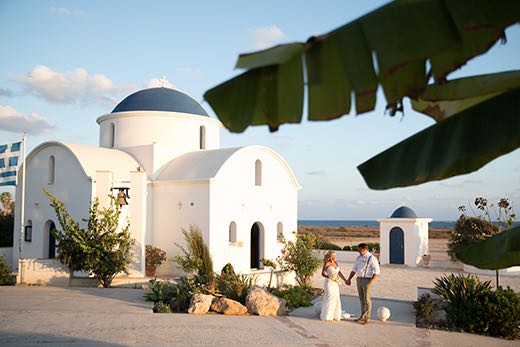 This is a stunning chapel set in the heart of Paphos just a few minutes drive away from the popular harbour area.

It is located on the beachfront with stunning views and  plentiful grounds to supply lovely backdrops for photos.

Wedding ceremonies can be held here any day including weekends. There is an extra hire fee of the church of €200 which is a donation to the Greek Orthodox Church who help many charities who aid the poor.

This is a more modern chapel, built on a small hill half way between the main Paphos area and Coral Bay.

It is located just next to St George hotel. Its fine vibrant colours and flowers add to the charm and it is very popular with smaller wedding parties – no more than 40 to be comfortable. 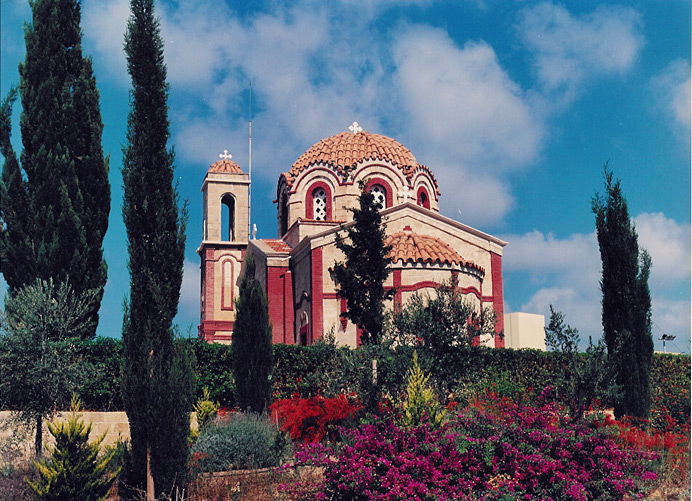 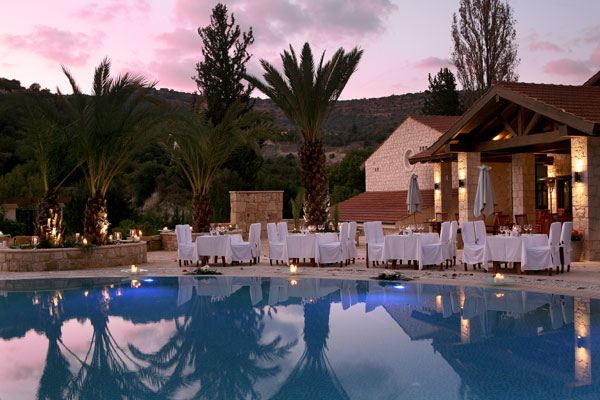 This church is located in the wild and rural setting of the grounds of the charming Ayyia Anargyri Spa Hotel. It is a small chapel but larger parties can be seated outside and relax in the beautiful surrounding that the Polis area offers. This is a 40 minute journey from the main Paphos tourist area so it would be ideal to hold your main reception at the hotel as it offers fine dining and gourmet food. We can organise any type of transport to enhance your magical day for you and your guests.

We can arrange accommodation at this magical retreat, so that you can take advantage of their natural health springs and the surrounding beauty.

This is a beautiful and private venue which can be used if you are having your reception at the fabulous five-star star golf club venue Minthis Hills.

Offering amazing mountain views, this is a very exciting venue with a great mix of the the old and new. The courtyard monastery is located approximately five minutes drive from the main golf clubhouse and is accessible via buggy or minibus for guests.

Dining is five-star with fantastic views of the club! 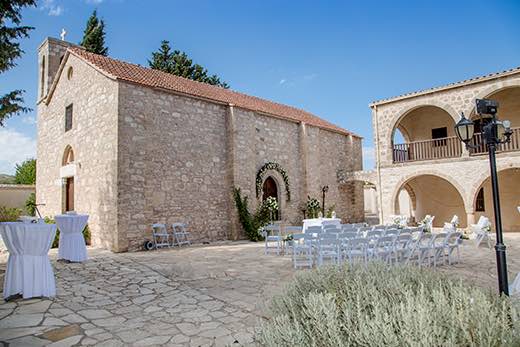 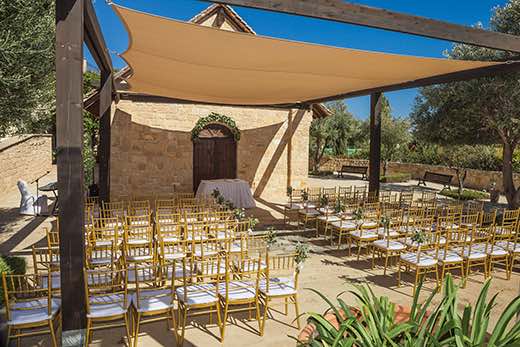 Here you can enjoy a lovely church ceremony (civil or religious), followed by canapes and / or full reception dinner at one of the many wedding venues available here at Aphrodite Hills – please contact us for further details.

We even include an offsite location shoot for this venue at the stunning Birthplace of Aphrodite, goddess of love and beauty, as pictured – what a superb combination!

All churches are available for Catholic and Anglican ceremonies, as well as blessings and renewal of vows.

Other wedding venues for religious ceremonies are available – handpicked areas of certain hotels such as private terraces. The Traditional inn and some hotel gazebos can be booked for a religious ceremonies, so please just ask for further details if you have something specific in mind.

Please note – all religious marriages require the necessary legal paperwork, including a set fee €282 at the town hall. This is in addition to the church donations required to marry here in Cyprus. Anglican weddings are currently set at €680 and Catholic wedding fees are set at €600 – both are payable direct to the church admin. 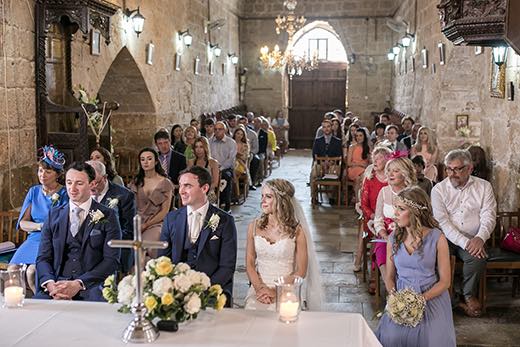 Your dream wedding in safe hands…

GET IN TOUCH TODAY
Scroll to top